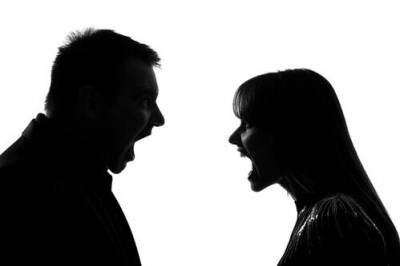 Additionally, legislatures and courts believed that allowing lawsuits against a spouse would lead to family disharmony. The state often has a vested interest in maintaining harmonious relationships and is reluctant to allow such causes of actions to be filed if there is a threat to the family unit.

Another perceived reason for prohibiting intra-spousal lawsuits was the belief that the spouses would collude together to conspire against an insurance company.

On the face, it may seem that suing one’s spouse serves no legitimate purpose. For example, a couple who has equal ownership rights in their property may have the same property after a successful lawsuit. However, the identity of the owner may change, leaving one spouse at a disadvantage over the other. Personal injury awards are often considered separate property from the rest of the marital estate.

Prohibitions on Suing a Spouse

Some states specifically prohibit suing a spouse under statute or common law. However, even in states that generally do not permit suing one’s spouse, there are usually exceptions. For example, most states allow claims that involve the intentional torts of the spouse. A spouse may choose to sue the other spouse for assault or battery, for example.

Another layer of complexity involved in marital lawsuits is that a spouse may be unable to testify against the other spouse, making it more difficult for him or her to prove the claim.

However, states may have exceptions that permit such privilege to be ignored when the case is brought by one spouse against another or if one spouse committed an intentional tort on the other.

A common law tort called alienation of affection permitted a spouse to bring a lawsuit against a third party or spouse who he or she alleged was responsible for the failure of a marriage. This tort has largely been abolished. In the few jurisdictions that still allow it, the defendant must usually be a third party and not the spouse.

Even if the state may permit a spousal lawsuit, an applicable insurance policy may contain a household exclusion clause that prohibits a spouse or other household member from suing.

Some states have laws that restrict the amount of time that a person has to file a claim against a spouse or other family member. Additionally, some causes of action may have to be brought at the same time that the couple files for divorce or the claim can be barred.