Statutes of Limitation on Back Child Support 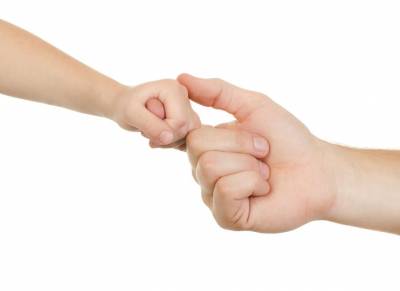 State laws determine how and when a person can be ordered to pay child support. Additionally, these laws dictate the window in which a person can collect arrearages.

The most common extension of this rule is to require the parent to pay child support until the child celebrates his or her 19th birthday or when he or she finishes high school, whichever occurs first. Another common extension beyond the 18th birthday is if the child is disabled and not able to be self-sufficient. Parents may also agree or have a court order in place that requires child support to last longer.

However, there are also instances when the default age of majority does not determine how long the child support obligation lasts. For example, if the child marries, enrolls in the armed forces or becomes legally emancipated, child support is usually stopped.

This Act was established in 1996 and has been amended several times since. Some version of it has been adopted by every state. If a child support case involves two or more states, the original version of the Act stated that the statute of limitations that applies is the longer of the two states involved in the case.

Some states require the custodial parent to get a judgment that is in addition to the original child support order. This judgment can last for ten years in many states. This is the rule in Arkansas. State law only permits Arkansas custodial parents to collect on child support arrears for five years after the child reaches age 18 if there is not a separate order. However, if a judgment is made, the order is good for ten years and can be revived after that.

Other states may not have a statute of limitation at all, such as California. Child support remains payable until all of the back payments have been collected. Some states allow parents to get a judgment on child support and then renew the judgment after ten years, further extending the debt obligation for the amount in arrears.

Some states impose fees and interest of more than ten percent on amounts of child support arrearages. Payment for arrearages are still required even if the custody situation changes or the child lives with the paying parent because this is a debt obligation for the time when the child lived with the custodial parent.

Because child support laws are state-specific and can vary widely by jurisdiction, it is important for individuals who are involved in this issue to consult with a lawyer who is licensed in the state that has jurisdiction of the child support case. A lawyer may be able to help file the necessary legal documents and take the necessary steps to obtain past due support.