Posted by Matthew J. Rudy on Wednesday, 18 October 2017 in Divorce 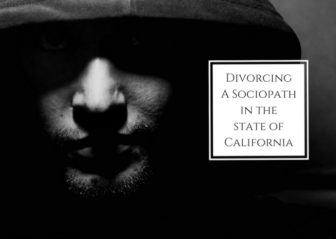 The two mental health conditions most notorious for contributing to divorce are addiction and severe depression. Those suffering from severe depression may be incapacitated to perform routine tasks such as working. This can put a great financial strain on the other party in the relationship, and cause resentment that can ultimately lead to divorce. Additionally, depression can make a partner seem uninterested in the relationship, leading to conflict. People suffering from depression often act irritable or hostile and domestic violence is commonplace in their relationships.

Those suffering from addiction tend to have difficulty achieving intimacy and suffer from the similar negative behavioral characteristics. Often, addicts will blame others for all wrongdoing rather than taking accountability for their mistakes. People with personality disorders and those with narcissistic tendencies were also found to be top candidates for divorce. People exhibiting this type of behavior often have the tendency to be close-minded and not take other opinions into consideration which can ultimately lead to the demise of a marriage.

Oftentimes, couples stay together in abusive relationships because they feel guilty for leaving their mentally ill partner. They may also feel responsible for their partner’s shortcomings. Although couples promise to love each other through thick and thin, it is important to identify when a relationship has become toxic and approach the situation with care. Having police reports and allegations on file can be detrimental to the alleged abusive or mentally ill party when deciding on custody and visitation agreements for mutually shared children.

Couples in toxic relationships should seek immediate counsel from a therapist to help them adopt coping mechanisms that can be utilized to de-stress high conflict situations. It is important to consider whether a partner is willing to get help and if their condition is treatable before seeking a divorce. If the partner’s condition is expected to decline, or they are not willing to stay in the relationship, it is beneficial to establish a post-divorce support network.

Regardless of what the underlying reason is for the divorce is, it is important to exude compassion and forgiveness. Couples need to let go of the past and the way they wanted things to be. Practicing mindful techniques, such as meditation or yoga, can be helpful reminders of how to be present in each moment. Negotiating divorce proceedings in a calmer mindset guarantees a more favorable outcome for all parties involved.